Where are Australians Migrants coming from? 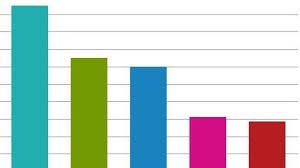 According to the Australian Bureau of Statistics released new data, it identifies India, England and China as some of the top birth countries of the country’s migrants.

These statistics data has also revealed that the migrants coming to Australia on the skilled visa is from India (19 per cent) followed by the England and China, whereas the family migrants are from China(14 per cent) and followed by England and India.

For the humanitarian visas, Iraq (18 per cent) followed by Afghanistan and Myanmar.

Australia’s population has approached 25 million residents, and the Liberal Senator Dean Smith has called for the review of the population policy.

However, Prime Minister Mr Malcolm Turnbull has said that Australia’s immigration and population growth is constantly under review and many infrastructure projects such as; Western Sydney Airport and so on are taken care by Federal Government to meet the rising demand.

Home Affairs Minister Peter Dutton has informed the reporters in Brisbane as:

“We’re making sure that people who do become part of our Australian family are coming here to work, not to lead a life on welfare,”

Immigration remains a talking point in Australia, amid concern about jobs and overcrowding in major cities.