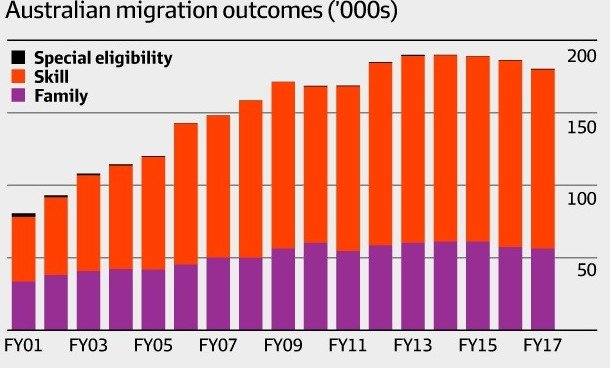 Australia’s recent strict rules imposed by the Department of Home Affairs Minister Mr Peter Dutton has slashed the annual intake of the migrants.

A report by the Department of Homa Affairs has revealed that the total number of people allowed under the migration fell from 183,608 to 162,417 in a year, having hit a peak of 190,000 under the Rudd and Gillard governments.

The decrease in the number in 2017 – 2018 , is the largest single-year decrease in more than a decade.  This is in regards to the new integrity measure s applied to the migration system to discover the high number of fraudulent claims, abolishing the discredited 457 visa programs and many other strict requirements to apply for any visa subclass.

“ I want to make sure that we scrutinise each application so that we’re getting the best possible migrant – people who are going to work, not be on welfare, people who are going to integrate into our community. We want to make sure, particularly people coming through this spousal visa program that they are a legitimate relationship and if … we get it right we end up with a much better migration intake”.

“I want the migration program to work for Australians, not just the migrants themselves. On my watch, we will continue to seek out those migrants who will make the best contribution to our country, including in our regions.”

Mr Dutton has accused the former Labor government of presiding over a “tick and flick” process to meet its annual quota, reducing the integrity of the system.

Pauline Hanson, the national leader, has called for the immigration level to be cut to 75,000 a year and accused the coalition and Labor of ignoring the issue.

A report released by Treasury and the Department of Home Affairs in April, which tracked the history of migration in Australia over 50 years, claimed that it would add up to one percentage point to GDP growth each year for 30 years. 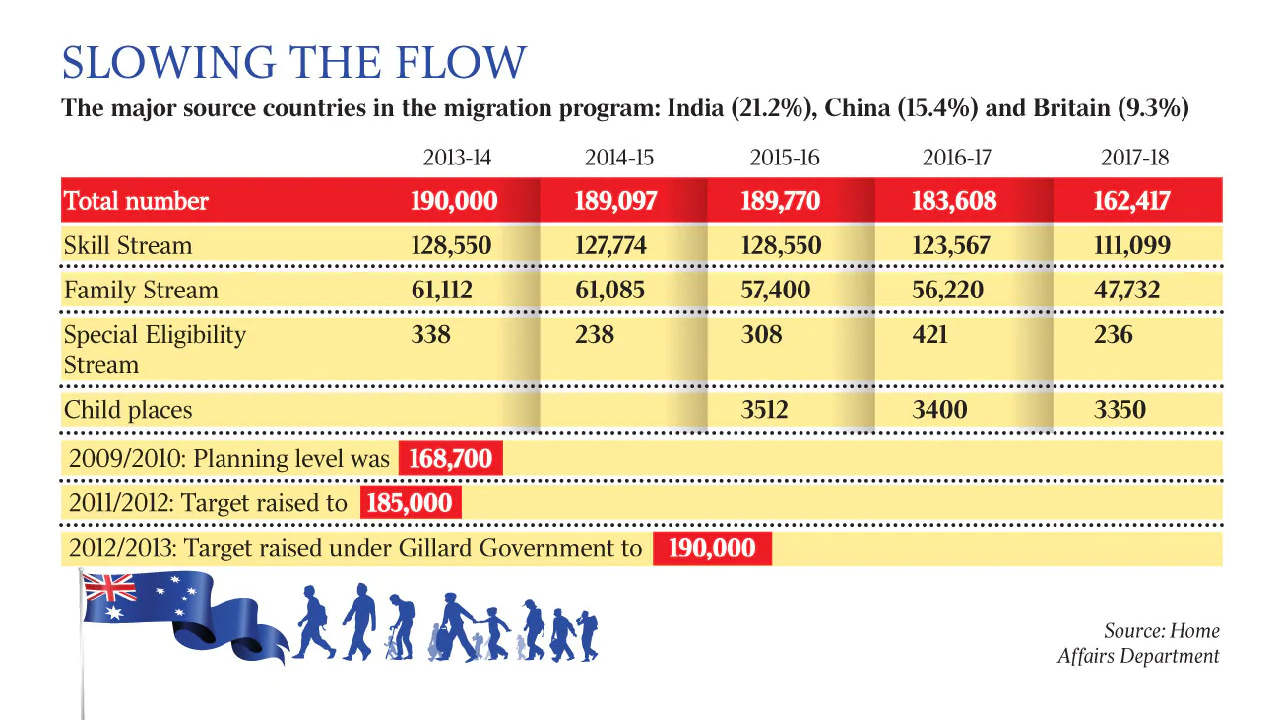